Stay connected to your community.
HELP MAKE CHANGE WITH NEXT >

“Your individual vote can be as invisible as one drop of water in a wave. But without your drop of water, the wave is not as powerful as it could be. You need to see your vote as a part of something much bigger than yourself. Your vote counts!”

An attorney, educator, author, playwright, cultural organizer, arts advocate, and seasoned performer, Mike Molina uses his diverse talents to adapt and rise to each creative challenge and serve his community. An internationally acclaimed poet and spoken word artist, he holds a Juris Doctorate from Yale Law School and a B.A. in English from Xavier University of Louisiana. He is also the author of four novels. In 2014, he wrote, directed and starred in a live adaption of his spoken word novel, “Mass Transit Muse”, at Atlanta’s 7 Stages Theatre. His latest novel, “Jim Huckleberry“, tells the story of Jim, Mark Twain’s fictional “runaway slave” — remaking him into a bold, self-liberated Black man.

Why is it critical that we use our right to vote?

What we have to do is send a message to those who would have America go backwards to white supremacy to patriarchy. We have a chance in this election to send a very strong message. And the message we can send is that the people who would have us go back are such a small minority – that they will never seize power in this country.

So we need to come out and have a tidal wave of clarity and choose who we want to be. If we can send a message loud and clear, we can determine the future for America. Your vote is an investment in the moral dignity of America, in the future of America. That is really what’s at stake here. There is no gray area. It is simply the choice of whether we want to be the America that we know we can be where we all stand against racism, and where we all stand against male supremacy. Ultimately, it’s a moral decision and you have to make it for yourself — but I pray that you do what’s right.

In your opinion, are the stakes particularly high for this election? If yes, why? If no, why not?

The stakes are higher than election in any of our lifetimes. Anybody alive right now, this is the highest stake election of your life. If we don’t have a huge tidal wave of rejection – we will empower people who will pull us into chaos. This is not an over-exaggeration; this is not hyperbole.

Every generation has a moment where we have to say who we are as a people – and this is our moment. Really, in material terms, if we have four more years of what we had in the past four more years we will have a rejection of the spirit of this nature in terms of immigration, in terms of equality and justice, a rejection of the spirit of this nation in terms of our aspiration to be a light of democracy and justice in the world. America has not always been that clearly. But we have a chance to prove that we aspire to that in this election.

Do you remember the first time you voted? Tell us about it?

The first time I felt my vote was really consequential was the Presidential election of 2000. I felt that my vote was striking a blow against a monarchy-style passing of the torch of power to a new generation and for democracy.

I was in law school at the time. I was at Yale Law School. George Bush Sr. went to Yale Law School – as did Bill Clinton and Hillary Clinton. And I would walk those halls and see their portraits up on those walls and know that this was the place where they generated the momentum for the rest of their power. And I felt that here I was in those same hallways and I it was my turn to turn the tide in some sense. So, it was very meaningful.

What do you say to people who say, the system is rigged, our vote won’t matter?

The system is rigged, you’re right, and yet your voice and your vote still matters. The vote is representative, and we have this Electoral College that skews toward smaller states – and not coincidentally whiter states – and that’s the truth. Still though, every vote is a drop in a tidal wave that decides and sets a moral tone for who we will be as a nation.

Your individual vote can be as invisible as one drop of water in a wave but without your drop of water the wave is not as powerful as it could be. You need to see your vote as a part of something much bigger than yourself. Your vote counts. Most definitely and certainly it counts as a part of that wave of determining even from a moral standpoint what we are going to be as a nation. So please use your vote.

What do you think artists can do to inspire others to do their civic duty and vote?

Right now, people are so demoralized. People are so tired of the isolation of COVID. People are afraid of what’s to come with this election. The only thing that keeps us in moments of  deep worry and concern is hope, is imagination is inspiration. We, as artists are really needed right now to infuse people with the spirit of what could be, of what must be, of what we desire to be as a human family. We are key to this moment – and this moment doesn’t end on election day. We have a lot of work to do over the next four years, eight years and on, to re-imagine America to be what we aspire to be.

Want to get involved?

As part of our We Got NEXT! Vote 2020 initiative, NEXT-Atlanta has partnered with local civic organization BTheNow to support their digital campaign to equip voters with the information they need to ensure everyone’s voice is heard this election!  Visit  their website here to check your registration status, request an absentee ballot, volunteer, or download the voting toolkit.

Want to spread the word? Be sure to check out the NEXT social media Get Out the Vote library featuring empowering messages and images from several Atlanta artists — and share far and wide! This election is all about you! Use your vote and use your voice!

At NEXT, we are about more than art for art’s sake. At NEXT, we believe that together we can use our individual creative expression to find solutions to our community’s intractable social challenges. Through our talents and our passion, NEXT unleashes the potential of creative communities in order to inspire countless others who share our vision to get involved. 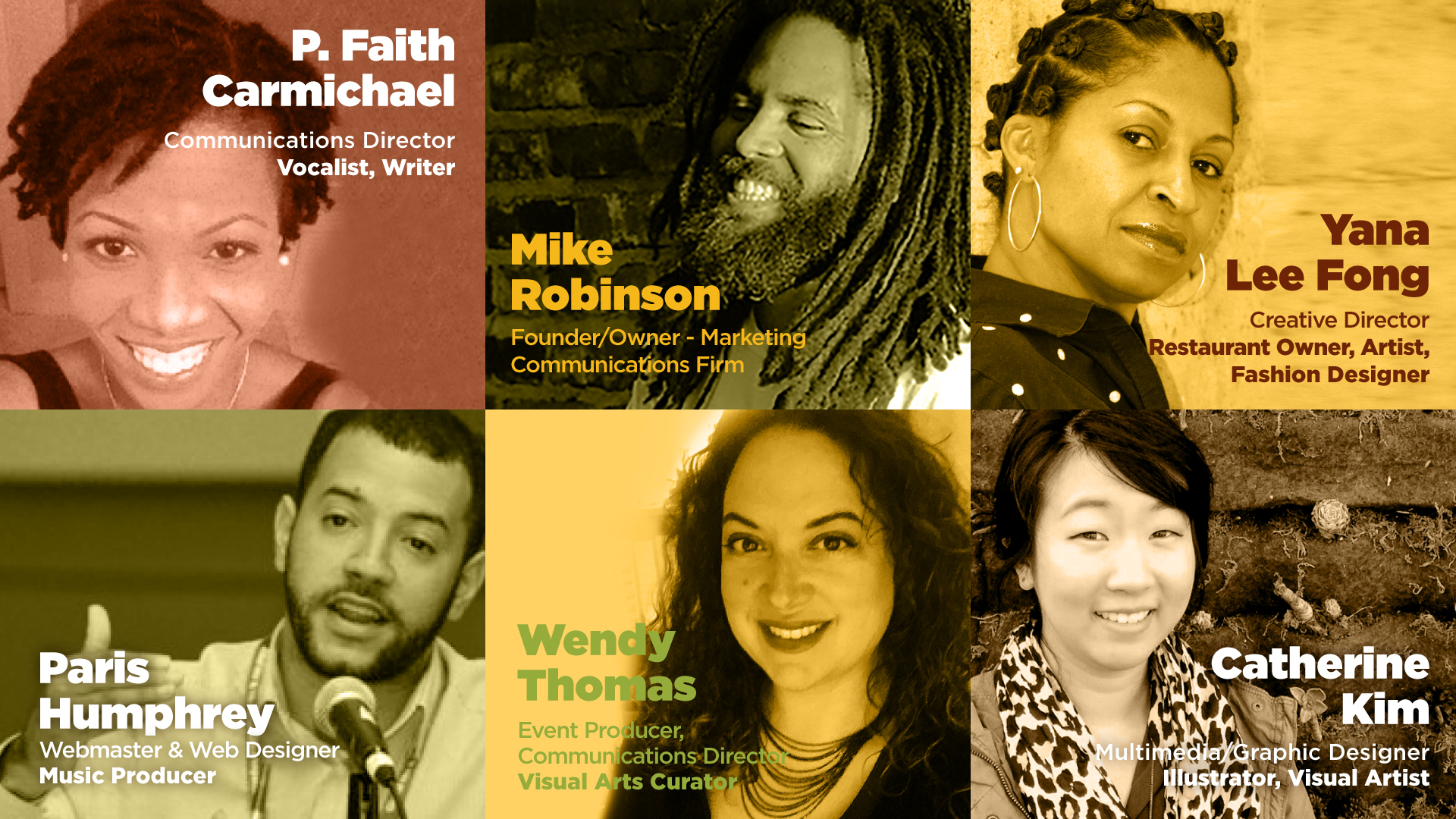 WHO’S NEXT NEXT is the brainchild of a group of Atlanta artists and activists launching... 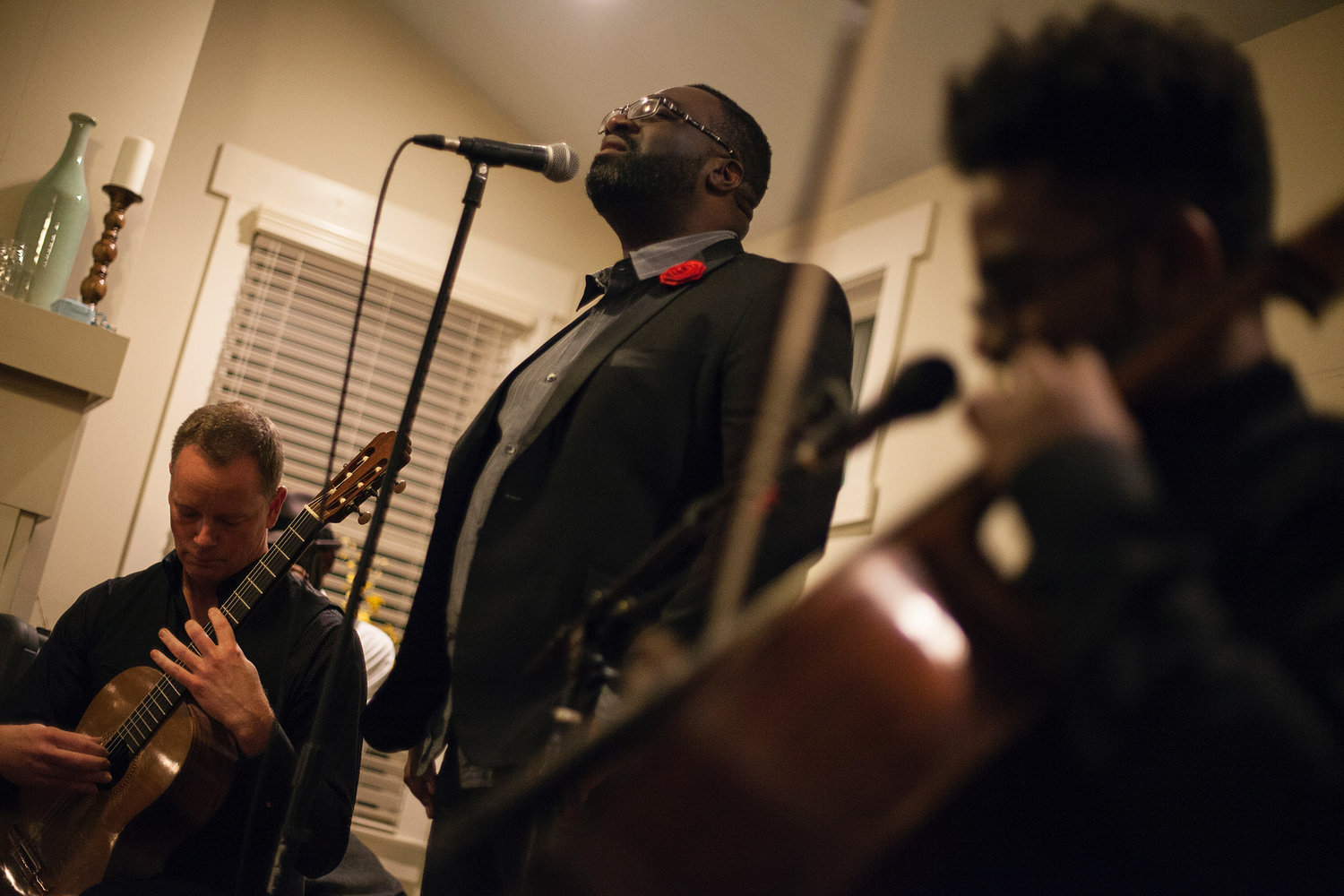 NEXT is the brainchild of a group of Atlanta artists and activists who seek to launch...